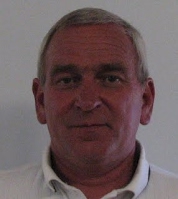 Fort Lewis Mesa Fire Chief Steve Ebner will be stepping down on Aug. 1 after almost 42 years in the fire service industry. Ebner has been with Fort Lewis Mesa Fire since 2006. His position was part-time at first; it became full-time in 2008. During his tenure, Ebner was instrumental in the growth of the department and in increasing the services it offered.  He was responsible for overseeing the building of two new fire stations in the District, one at the junction of County Roads 100 and 110 in 2006 and one on County Road 117 in 2010, which dramatically improved response times of the department. Ebner upgraded the training offered to department members and increased the fire department’s fleet to meet the needs of the community. He also stepped up the level of EMS service offered.
Ebner has also worked to make the Fire District more prepared for wildfire. In the past year, the District undertook an effort to offer free reflective address signing to all residents as well as free home assessments to interested residents. The home assessments provided recommendations on mitigation actions that would reduce the fire hazards around the home or property. 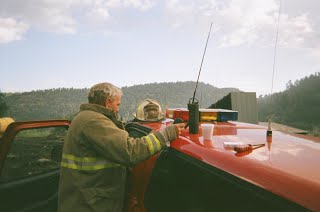 Ebner began his career in Maryland where he was in the fire service for 28 years, in the volunteer and career capacities. He was an instructor for the University of Maryland’s Fire Science Program for 14 of those years. Ebner and his wife Mary moved to New Mexico in 1999, when he took a job with the Farmington Fire Department.  He worked there for nine years before taking the full-time job at Fort Lewis Mesa. During this time he has also been an instructor for San Juan College’s Fire Science Program.
Steve and Mary plan to spend a lot of time with their two children and three grandchildren, who live in Aztec, NM and Dolores, CO.  A search is underway for a new Chief.